Some settings are just difficult to to grasp by your average gamer. Tekumel and Glorantha are probably near the top of the list. Both have exotic worlds, with lots of really strange, non-Western, aspects to them. It's very likely why neither is a huge commercial success. People get offended if you say this, though. Many hint at the player being "racist" or something, because he can't be bothered to learn about a proto-Aztec culture (or Mayan or whatever) that he's not interested in.

Yet both have large fan bases. Many of the followers of these settings own every single supplement for it, and often multiple copies of many of those supplements.

However, it's not just strange settings that get this treatment. Look at Harn. Just from glancing at it, it's a very Western setting. However, if you go onto the Harn forum or the various mailing lists, there are long flamewars about whether potatoes are natural to the world. Not to mention all of the various flavors of Agrikan chapters and how they get along with each other and the general populace. And the arguments about whether the population figures are a scale too low from a realistic setting.

For whatever reason, certain settings attract obsessive fans who really love to dig into the small details. Sometimes, I think they lose track of the big picture, forgetting that the setting is a game and not a real world.
Posted by Dan at 8:58 AM 2 comments:

One copy of the Champions book for Hero 6e:

I have a group of Planescape products on eBay:

If you're a Tekumel fan, you know who he is. RIP, Professor Barker. You created an amazing world. 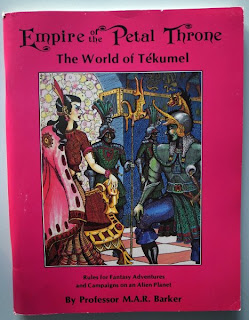 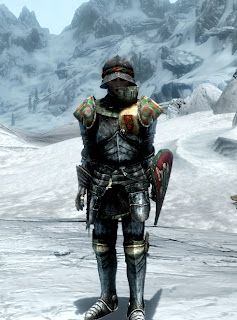 My character in Skyrim (using mods for Witcher 2 knight armor). This is what a good D&D fighter should look like. No meatheads in a loincloth with a big sword and helmet.  :)
Posted by Dan at 10:03 PM No comments:

Southern Tip
A number of piers are here, and ships dock and unload supplies daily. There are a lot of warehouses, and limited residential areas. The neighborhood tends to busy all day, and relatively quiet at night.
Tribeca
Tribeca stands for “Triangle Below Canal Street”. This is the area between Canal Street, West Street, Broadway, and Chambers Street.

This neighborhood is a mix of textile and cotton factories, combined with an artsy, yet poor neighborhood. It contains a large number of restaurants and coffee shops. There are some wild night clubs, but the population is relatively well behaved, with little violent crime.

Holland Tunnel, which connects New York to Jersey City, is located in Tribeca.

Wall Street
Wall Street is sometimes called Lower Manhattan or the Financial District. This is the hub of most financial activity of NYC – it contains offices of almost all major financial institutions, as well as the world famous New York Stock Exchange.

The neighborhood is quiet and generally safe. Police patrols are heavy. There isn’t much neighborhood life; it can feel abandoned at night.
White Hall
The Staten Island Ferry and Battery Park are located here. It’s a nice neighborhood, with little crime. During the day, the place is flooded with tourists.
Posted by Dan at 6:26 PM No comments:

(ebay) Glorantha and Game of Thrones


Thanks for looking!
Posted by Dan at 6:00 PM No comments:

Moebius, aka Jean Giraud, passed away. He was an amazing artist. He was in both mainstream comics and Heavy Metal. I'm sure his influence has been huge with modern artists. RIP. 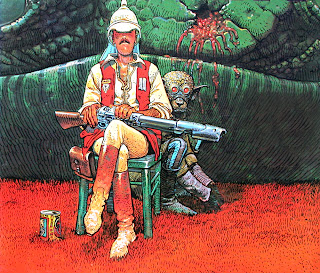 If this isn't a D&D monster, I don't know what is 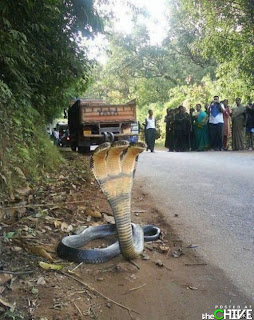 HERE is the auction. I ship only to the continental USA. Thanks for looking!
Posted by Dan at 7:31 PM No comments:

Officials and Newspapers of Manhattan-86

Mayor John Holz – Mayor Holz grew up in Brooklyn. He’s an Ivy-Leaguer, and loves to schmooze with the New York upper crust. He is fairly honest, and is trying to clean up the city (especially the rich neighborhoods).

Governor Anthony Giordano – The governor is actually from Buffalo. He visits the city often, but is trying to cut its influence in upstate politics. He and the Mayor don’t get along.
Police Commissioner Michael O’Brien – Commissioner O’Brien tries to go a good job, but he’s a bit too much of a pragmatist. In his view, having crime controlled by the Kingpin is much better for the city than trying to take the Kingpin down. He figures that if the Kingpin is removed, there will be a big turf war between the crime families. He wants to prevent that at all costs.

New York Times – Editor Jen Murray is running a tight ship. Newspaper sales have been declining, and she is doing her best to bring in new sources of funding. She has been forced to lay off almost 25% of the staff, and is unpopular because of it. Various wealthy individuals in the city have been supplying funds to her, and some of them are trying to get her to change her news coverage to favor them.
New York Post – Editor Calvin Murphy is a hard-nosed reporter who came up through the trenches. He tends to have articles slant towards a conservative viewpoint. While this has alienated him from the wealthy elite, his papers are selling well, and the Post has surpassed the Times in sales. Murphy loves rubbing this in the face of his opponents.
Wall Street Journal – Editor George Fulton keeps this paper focused on Wall Street. He has no interest in expanding into general news, only stories that are related to business. Sales have been steady, and he’s very happy with them.
New York Daily News – Editor Jen Meyers runs this sensationalist rag. Most of the stories are about celebrities or superheroes and supervillains. She pays good money for pictures of supers, whether they are in battle or doing something that looks bad on camera (especially these).
Her biggest story last year included a series of pictures of Catwoman wrestling with Aye Candy on the docks. Many of the pictures were rather racy and even censored, especially when Aye Candy’s shirt was ripped open partway through the fight. The unedited versions were made available online to paying adult subscribers of the paper.
amNew York – Editor Anya Belyakov runs this free newspaper. It’s mostly headlines pulled off the Associated Press. The news boxes are located at every subway terminal.
Posted by Dan at 8:27 AM 1 comment:

It's been four years already 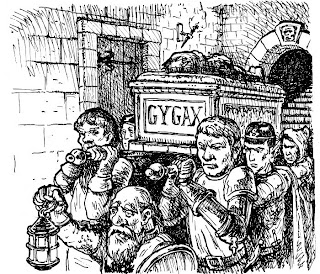 Heroes and Villains of Manhattan-86

(Pulled this off Google. I'll be using it.) Click to enlarge. 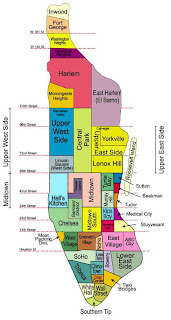 I'm going to start up a series of blog posts on an alternate Earth's Manhattan. It should be readily usable for supers or urban fantasy. You will see references to popular comics characters. I will change the Mayor and other people, so that I can make them corrupt as needed, without a real-life lawyer suing me. (It should be obvious, but I am in no way claiming ownership of any DC, Marvel, etc. properties).
Manhattan-86 (Earth-86)
What’s Different?
Many things are the same, yet there are a number of changes. The year is 2012. The Towers still fell. However, the city has not gone through gentrification and many neighborhoods are similar to how they were in the 1970’s and 1980’s. The nice areas are very nice, but the bad areas are still bad. The rich whites have not pushed the locals out of most of southern Manhattan.
Another big difference is that camera phones have not caught on. Some people have them, but most don’t. This prevents vigilantes and criminals from getting caught as easily as they might. In addition, New York has not installed thousands of street cameras. They tried, but the idea was shot down in court as an invasion of privacy.
RICO was shot down by Congress, so organized crime is much stronger than it would be, otherwise. A lot of the big Dons are pretty much untouchable by the police. Kingpin runs all of New York City, as well as the surrounding cities. The various Families work for him.
There are still a lot of mom-and-pop shops, and the big chain stores have not taken over the shopping and restaurant businesses.
Posted by Dan at 6:09 AM No comments:

Castles and Crusades - bunch of adventures and supplements

They're for the continental USA only. Thanks for looking!
Posted by Dan at 4:22 AM 2 comments: