An email from Thomas Reid had been posted on Dragonsfoot about why Monte left WotC. The exact contents are now gone, because he's backpedalling like mad and has asked the various forums where the email had been posted to remove them. Sadly, RPGSite's moderation dropped the ball and went in direct contradiction to their purpose of not censoring things, and deleted the email as well.

I don't have the exact text anymore, but the general gist is that Reid is a friend of Monte's (they both worked for WotC in the past), and one of the reasons Monte left WotC was the company has been insisting that modifiers for every little thing be kept in the game, even if it makes the game more complicated than necessary. Apparently, Monte was disillusioned with the progress on the game because of this, and Reid and others were aware that he was unhappy and likely to leave.

Now maybe Reid was full of crap, but that was the general intent of his email. He didn't know it was going to be made public, so I suspect it may be correct.
Posted by Dan at 3:06 PM 7 comments:

I highly recommend you take a look at THIS THREAD on the RPGSite. A poster named harpy has done some very interesting research on what kinds of projects succeed and which ones fail, using the Kickstarter method of getting funds.

His main point is that you really need to establish yourself to have a chance of making your goal. But even that isn't enough. Read his linked papers and the actual thread for some excellent information.
Posted by Dan at 9:50 AM No comments:

Crap. I was quite happy with him working on D&D, as I think he did a decent job with 3e, and would have helped keep the project moving in a good direction. I wonder what caused the issues? Some bean-counter? An office politician? Or is 5e heading in a  bad direction? Blah.

Why I think Gurps and Hero are dropping in popularity

Both are good games, and the core rules are fairly simple (3d6 roll low). However, they both offer tons and tons of options. This is kind of like having a $10,000 mechanics tool chest with all the doodads, when all you really need is a ratchet set. While everything you can possibly want is in there somewhere, you have to basically know ALL of the rules in order to find the things you want, and to know how the various skills or powers you are not allowing will affect a game.

While you can maybe get away with a general knowledge of stuff to make your decisions, you still have to read everything. I think many people who make the argument that the "base rules are really simple" just completely miss that fact.

What also has really hurt both games, IMO, is that they are now split up into two separate books. Instead of having everything organized in just one rulebook, you now have to have both books open if your running combats (unless you're one of those people who has actually memorized everything). This is clumsy to handle at the table, and also makes looking up rules during play a major hassle. Especially if you think a rule is in book two, but is actually tucked away in a powers description in book one.

This is one of the areas that D&D has improved. By moving characters and combat into the same book (and lately even treasure), players and the DM can find everything much more quickly, if there's a question during play. Hero and Gurps are moving in the opposite direction, and I believe that's a big mistake.
Posted by Dan at 8:59 PM 3 comments:

I go to make a new post today, and luckily for me, Google has decided that I need a whole new User Interface to use blogger. What the Hell? I don't want my setup to change. AT ALL. I had it working perfectly. Now I can't find anything, and I get sent to pages that look nothing like the old ones (even just to make this post).

If you're going to do a major UI overhaul, give everyone the option to keep the old one!!!

Edit: Apparently you can revert to the good set-up via the gear in the top right. Thanks, Steve!
Posted by Dan at 8:41 PM 4 comments:

Just wanted to post a link to the mods I've made for Skyrim.

Wild Werewolf NPC's - Adds a few werewolves to the wilds of Skyrim. In the vanilla game, you can only encounter them in dungeons related to a specific questline.
Posted by Dan at 11:56 AM 2 comments:

RPGPundit is developing an OSR game set in fantasy India. He has reserved the right to not follow the myths exactly, which I think is a very good idea.

I've read the Ramayana, but that's the extent of my knowledge on the subject. I have to say I'm kind of interested. If nothing else, I can steal stuff for BFRPG and S&W.

Stuff I've read that sounds great: monkey people, D&D style classes, race and class are separate, ascending AC, and the various styles of magic (he's only shown a little of this, but it looks cool).

He's also aiming at game play and not trying to create an anthropology paper, which I think is a great idea. From what I've seen, it will be D&D with India trappings, and not a 300 page treatise on the inner secrets of Brahmins (something Glorantha and Tekumel have veered off into, much to their loss).
Posted by Dan at 10:12 AM No comments:

I read the first Hunger Games book a few months back, and really enjoyed it. Today, I saw the movie.

I thought it was pretty good, but not great. It REALLY needed another 20 minutes or so during the actual Games. Many characters that are quite important in the book (especially Rue and Cato), are barely shown in the movie, and give us little or no reason to care about them.

A big chunk of the movie was the lead-up to the actual Games. I understand there was a lot to get through, especially for people unfamiliar with the book, but it took too much time away from the actual premise of the movie.

I will give the director solid props for conveying just how much the people were afraid of being selected to compete, and Jennifer Lawrence's scene (as Katniss) right before going up the tube was extremely well done. She's a fantastic actor.

In fact, almost all of the actors were great. The only one I thought was kinda average was Peeta, and I think that had more to do with his voice tone than anything. Still, he did a good job overall.

The main bad guy (Cato) in the book was not even much of a presence on screen. The knife girl did a better job showing that she was dangerous. The big black kid was probably on screen less than two minutes, and he was a major concern during the Games as well.

Again, Rue was REALLY not done well. I blame this on the editor. The actress did fine, but the movie just plain didn't show why she was so important to Katniss. Her character should have had at least five more minutes of screen time just to explain their bond.

The finishing scenes were decent, but the very end was ambiguous, at best, for anyone who hasn't read the book. 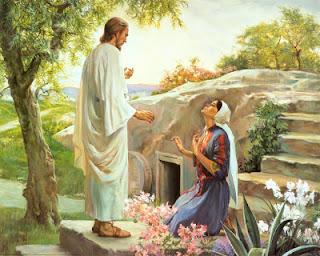 Today we celebrate the Resurrection of Christ. I do it be visiting with family and eating a huge meal prepared by my awesome mom, who is a great cook!
Posted by Dan at 10:52 AM 1 comment:

Not much gaming going on

My blog has been kind of dead. I've been working at a new job, and my free time is sleeping or the occasional game of Skyrim. Once I'm readjusted to working lots of hours, I figure the blog should start picking back up.
Posted by Dan at 9:29 PM 1 comment: